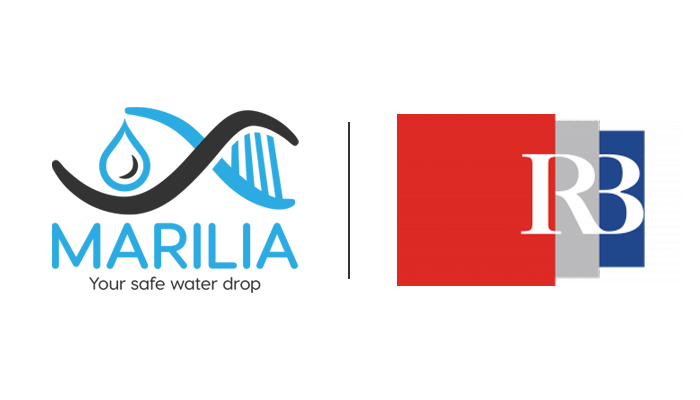 RBI (LBIS) will be responsible for the linking of DNA tags to proteins by developing in parallel the “click” based approach and as an alternative peptide-link based variant. In addition, LBIS will perform the characterisation of the obtained conjugates, and the study of their functional organisation in aqueous, biorelevant medium.

According to Ruđer Bošković Institute’s strategy of the incorporation and collaboration in the top-rated research lines (particularly within the EU Research Area, ERA), our group (Laboratory for Biomolecular Interactions and Spectroscopy, LBIS) focused on the interdisciplinary research spanning organic synthetic and supramolecular chemistry of dyes and physical, spectroscopic screening of non-covalent interactions between small molecules, DNA, RNA and proteins.

Such research niche is strongly underrepresented in ERA since most research groups specialize in one of the mentioned disciplines. For instance, organic synthetic groups designing new dyes with potential biochemical applications are lacking knowledge and equipment for detailed biorelevant characterization, while excellently equipped biology groups are focused on the state-of-the-art biological problems and do not have time and/or motivation to do detailed characterization of a series of new dyes, and how to use them in biological systems.

LBIS took advantage of this interdisciplinary expertise needs, engaging in many collaborations, yielding many highly cited publications. However, the LBIS-specialization field is rapidly changing, requiring constant efforts in developing new skills and collaborations.

The Marilia project is an excellent example of such re-focusing and development. Within the one year of research, we successfully applied LBIS expertise in organic synthesis in preparation of peptide-DNA and protein-DNA conjugates and their characterization in an aqueous, biorelevant medium, among which we addressed the general need for highly selective tagging of HRP-enzyme (latter summarized in the paper draft currently edited by partners, soon to be submitted). 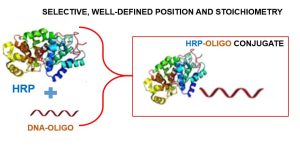 During this process, we learned a lot about enzyme function and structure, particularly from the AIT-leader of the project, and also gathered knowledge about developing enzyme-related sensor platforms.

The design of the tethering position on the enzyme and choice of a DNA-tethering method would be impossible without detailed molecular modeling, done by the group at the Faculty of Science, Zagreb University. The frequent discussions led to computational analysis of newly proposed enzyme-conjugates, giving us valuable insight into the structural consequences of the changes we proposed to make.

Similarly important is gathering knowledge from other Marilia partners related to business plan development and dissemination, skills and practices particularly deficient in the Croatian research community, and strongly encouraged at our Institute.